Sometimes you just need to make a small change to an old favorite to make it feel new again. In this case to the beloved (and probably family favorite ) spaghetti dinner. By serving it up in "pie" form it will change-up the routine ..and seriously! who doesn't want to have a slice of "pie" for dinner!

After you've cooked the spaghetti  you'll mix it with  2 egg whites and some grated Parmesan cheese . This will become the "crust" of the pizza by pressing the mixture into the bottom pie pan and slightly up the sides. 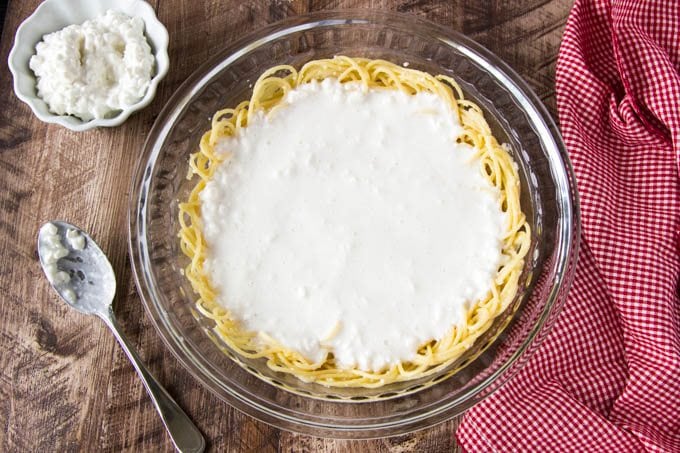 Cook up the turkey(or chicken, or ground beef) and fennel. The combination of the fresh fennel and the spices used will make the turkey taste like sausage.

If you're not familiar with fennel, it's part of the Umbellifereae family which means it's closely related to carrots, parsley, dill and coriander. Full of fiber and rich in antioxidants, Vitamin C, potassium, and folate. Which supports such things as your immune system, cardiovascular and colon health. Bonus, I'm guessing the kids probably wont recognize the fennel as a vegetable (it looks nothing like peas or broccoli) and it tastes like sausage when mixed in with the turkey and spices so just maybe they will give it a try! You can definitely chop the fennel pieces smaller than I did if you want to make it even less obvious. 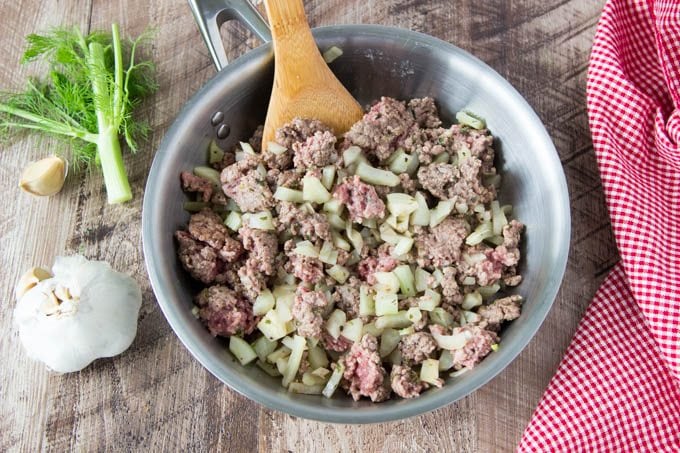 Add in the tomato sauce (or your favorite pasta sauce) and some spinach. The spinach is optional...but I'm always looking for ways to get more veggies into everything I make and a handful or two of spinach makes its way into many things. (spinach is a "superfood" it's low in calories (27/cup)and loaded with nutritional value and is especially high in potassium and iron) 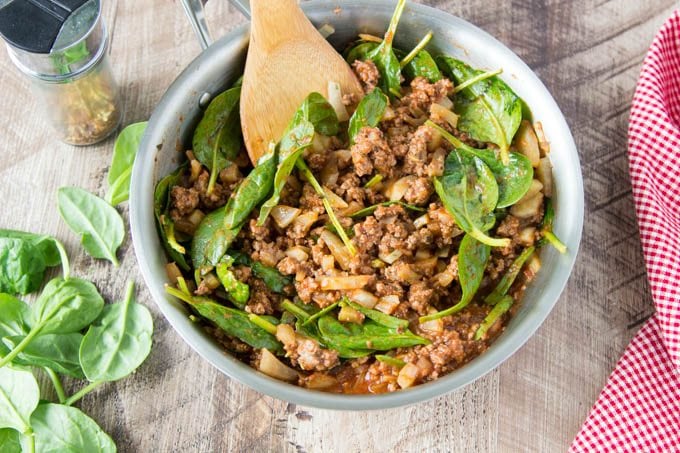 Top the cottage cheese mixture in pie pan with the turkey mixture. Pop the "pie" into the oven for about 20 minutes.

Add some mozzarella cheese to the top and pop back in the oven for an additional 5 min. until the cheese is all melted and turning brown. You'll get that stringy/stretchy cheese trail when you serve up a piece of this spaghetti pie(you know when the cheese is still attached to the rest of the pie  when you pull out a piece from the  pan- yum!)

Let the pie rest for about 10-15 minutes so the "crust" firms up...then dinners on! Top with some fresh chopped spinach, fennel fronds, Parmesan cheese or sliced tomatoes.

Spaghetti pie can be made/assembled anytime throughout the day and refrigerated until you are ready to cook. Or, cook ahead of time and reheat (covered with foil) when ready to serve. 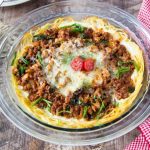